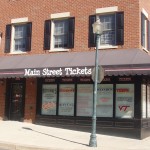 The Baltimore Ravens are a professional American football team based in Baltimore, Maryland. The team is a member of the American Football Conference‘s North Division and current defending champions of the National Football League.

The team originated in 1996 when then-owner of the Cleveland Browns, Art Modell, announced his plans to relocate the franchise to Baltimore. As part of a settlement between the league and the city of Cleveland, Modell was required to leave the Browns’ name, colors and heritage in Cleveland for a replacement team that took the field in 1999. In return, he was allowed to take his players to Baltimore, where his new team would be legally recognized as an expansion team. The team’s name was inspired by Edgar Allan Poe‘s poem The Raven, as Poe lived for a time in Baltimore, died and was buried there in 1849.

The Ravens have experienced great success in their brief history, making the playoffs nine times since 2000, with two Super Bowl victories (2000 and 2012), two AFC Championship titles (2000 and 2012), four AFC North division titles (2003, 2006, 2011 and 2012), and are currently the only team in the NFL to hold a perfect record in multiple Super Bowl appearances. The Ravens organization has been lead by general manager Ozzie Newsome since the team’s inception, and has had three head coaches: Ted Marchibroda, Brian Billick, and John Harbaugh. With a record-breaking defensive unit in their 2000 season, the team established a reputation for relying on strong defensive play, lead by players like middle linebacker Ray Lewis, who, until his retirement, was considered the “face of the franchise.” The team is owned by Steve Bisciotti and valued at $1.09 billion, making the Ravens the 18th-most valuable sports franchise in the world.

Serious Cracks: Artist Royalties and Online Streaming
Quick post here from a few days ago: Gist of the story is that online music streaming like Pandora and Spotify are not exactly cash cows for the artists who wrote the music on there.The AV Club writes: 'Cracker's lead singer and songwriter, David Lowery, has posted his most recent statements (read more)

Wimbledon FAQ: ‘British’ vs. ‘English’ and what’s the difference?
As we all know, Andy Murray won Wimbledon yesterday, setting off joyful celebrations all over England because, for the first time since Fred Perry in 1936, a British man had won Wimbledon.This is, of course, a wee bit disingenuous, insofar as Murray is Scottish and Wimbledon is English. They are, (read more)

Select a different city from the list below to change your location.